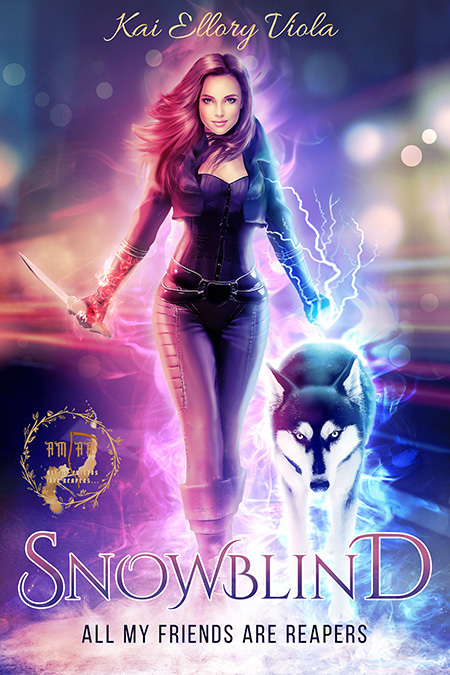 Part of the All My Friends are Reapers series:

All Amara wanted was to do as she was asked and dispense a bit of justice, and maybe, just maybe, learn some magic. So, when she's chosen for the reaper core, not the mages, as she'd hoped, things dramatically.  Already trained in some magics, the Reaper core decides to appoint her as secondary Arbiter after it's clear that Maehb and Jax are struggling to contain the devastation being wreaked in the wake of the first wave of the great game for the whole of existence, and as support for the first Conclave. But as one of the worst snowstorms blows in, isolating the hotel they're all meeting at for the first conclave, the mages might just find themselves Snowblind - grounded, unable to cast spells, frozen.  Only a Reaper can break the deadlock - Amara. Coming November 30th!

All my friends are Reapers book 2 - Coming soon! READ MORE